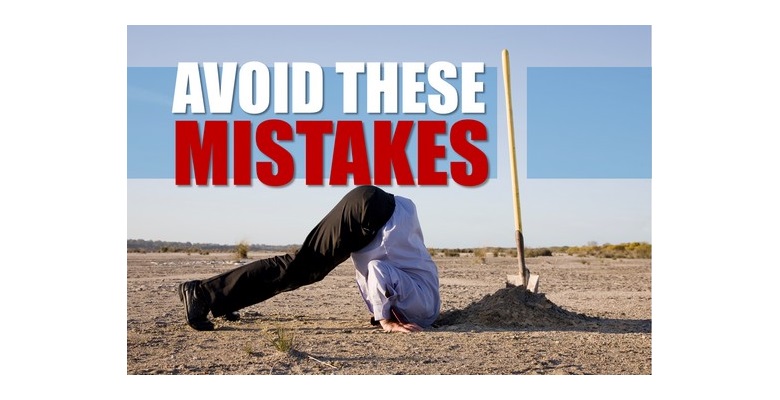 Wouldn’t it be nice if we could just pick which trade shows we wanted to exhibit at, make the decision final, and keep it that way forever and ever amen?! Yes, it would. But no, we can’t. Choosing the trade shows that are a good fit for your business is important, and equally important is the decision to return to a trade show or to ditch it. So much time and effort and energy (and resources!) are dedicated to exhibiting at trade shows that they must be worth the effort. And unfortunately, sometimes they aren’t.

So, how do you know if the shows you’re frequenting aren’t worth your marketing investment? Read on:

1. The Attendees Are Not Your Target Buyers:  If this is the case, you can stop right here and forget the rest of this list. The primary reason you exhibit at a trade show should be to target quality prospects. If your best buyers aren’t attending a trade show, you shouldn’t be either.

2. Qualified Attendance Is Waning:  Maybe your prospective clients are at this trade show. . . but as the years go by, fewer and fewer of them show up. Don’t go down with the ship. Bail now, and look for trade shows that are trending up in your target audience.

3. They Are Lagging Behind Industry Changes:  A show that doesn’t respond quickly to industry changes is not going to be on the cutting edge of breaking news in the industry. It won’t attract the most dynamic speakers, it won’t offer the most attractive themes, it won’t provide the best educational break-outs. It doesn’t take long for people to sniff out a dud and avoid attending at all. You don’t want to be part of a trade show that’s not moving forward.

4. ROI Is Low:  This is another no-brainer. If you have other shows at a higher range of return on investment, put more resources toward THOSE shows. Diversifying only works if you’re getting something in return!

5. Exhibiting Costs Are Quickly Rising:  This one requires some figuring. Trade shows are going to cost a lot of money. Period. That’s because they are valuable. They provide an excellent service that can be worth every dime. Your job is to figure which ones ARE worth every dime. If the prospects you gain from a show aren’t worth the booth space, drayage, and incidental costs, it’s time to move.

6. It's Boring:  The prospect of an upcoming trade show should get your blood pumping. You should be psyched about the networking possibilities, the potential business, and the breaking industry news. However, if the idea of attending a trade show is about as exciting as taking your sister to prom, it’s time to bail.

7. They Don't Market Well (especially concerning social media):  It’s the job of the trade show to get people into the hall. If it fails at this first step, that’s not a good sign. Additionally, if the show hasn’t launched fully into the world of social media, that’s a sure sign it’s behind the times. Ignoring the social media market means ignoring a huge part of an audience that ONLY receives information that way. In an industry that relies on forward movement for the future, missing out on a younger, upwardly-mobile audience is a detriment. .

8. There’s No Respected Advisory Committee:  Stellar trade shows appoint a few select exhibitors to an advisory committee in order to gain feedback on the show’s performance and the satisfaction of its customers. If the show doesn’t have one (or routinely ignores the committee’s advice), they’re not interested in improving their quality or satisfying their customers.

9. They Ignore The New Blood (or worse, there is NO new blood!):  The best shows know that new attendees and exhibitors are the show’s life, and they tend to them. They make them feel special and cater to their needs. If shows ignore these VIPs, let that be a sign that their priorities are out of whack, and it’s time to walk. Likewise, if all the attendees and exhibitors are grey-haired, old friends, that’s a sign the show isn’t growing or expanding. And maybe they aren’t even interested in doing so.

10. Shrinking Show Hours:  It is a red flag when there is a trend toward decreasing the number of hours that the show is open to attendees.   If the trend continues it can be an indicator that it is time to pull the plug.

11. They Cater Only To Attendees:  On one hand, attendees are the VIPs because they are the reason that exhibitors exhibit. On the other hand, the exhibitors are the MONEY for any trade show, and the show needs to act like it. Exhibitors need to be satisfied, cared for, looked after, and tended to. Otherwise, they can write a check to someone else.

These are the worst-case scenarios for trade shows, and if you’re spending money at one, know that you have options. Take your marketing budget to one of the many innovative, healthy shows that are thriving in the business. They are interested in what you are interested in – growth and expansion!

This article is inspired by "10 Things I Wish I Knew Before I Started Exhibiting at Trade Shows" by Mike Thimmesch and first appeared at www.skyline.com